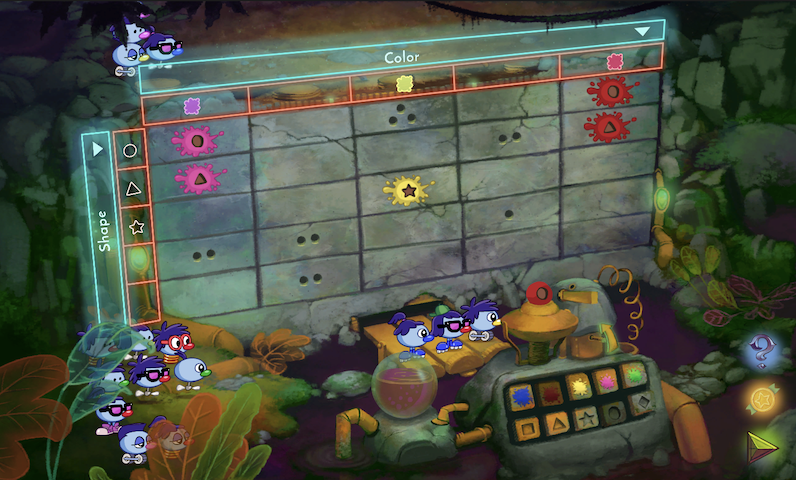 I was contracted for bug fixing and maintenance of the commercial release of Zoombinis on a variety of platforms. I also worked on a classroom research version of the game. Changes included implementing a new user flow through the game directed by an external api, implementing and documenting optional assistive features that allow puzzles to measure a more specific skill set, and additional logging. 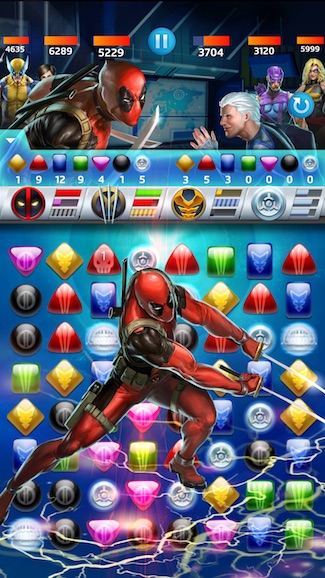 Marvel Puzzle Quest is a mobile match-3 RPG featuring Marvel super heroes from multiple sources of media including comics, movies, and television. The client is built with C++, ActionScript3, and Flash. The server uses Python and PostgreSQL. This was a legacy codebase under continuous development for 2 years before release and 5 years post release. At Demiurge engineers are generalists so I was responsible for a variety of tasks.

Part of the cycle of game development involves exploring what projects to work on next. I worked as the sole engineer on a small team of 3-6 people tasked with coming up with game ideas, identifying associated risks, and finding ways to assess those risks quickly. Sometimes this would involve creating a paper or digital prototype of an unproven game mechanic. Other times we tested the technical limits of scene complexity and a desired level of performance. It was also my responsibility to estimate the general complexity of games and therefore their development timeline and cost.

Many ideas came up in the process, and one started development. Additional explorations were done to take an existing game in progress and try out adjacent ideas as potential directions because the studio felt something was missing. However this project was put on hold indefinitely once Sega Heroes was in full production. 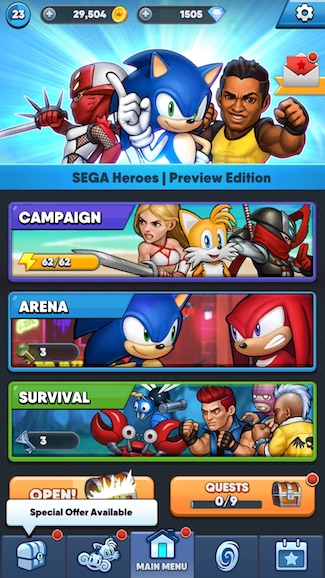 Sega Heroes is a mobile match-3 RPG featuring a mashup of Sega characters from many series. It is built with an in-house C++ engine and C# transpiled to LuaJIT scripting, with Flash as the UI and a Go/PostgreSQL server. While on the project I was mostly responsible for gameplay implementation, but occasionally other tasks as well. These included character ability systems and tools, individual abilities, difficulty systems, metagame interfaces, animation tool updates, server-backed points tracking and rewards, and analytics. 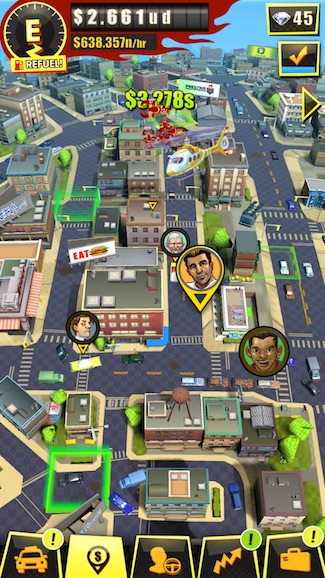 Crazy Taxi Tycoon is a mobile tapper game based on Sega's Crazy Taxi series. It was made in Unity with a shorter development cycle of a year, and I was on the project for the second half of it. I appreciated seeing the full cycle of conception, groundwork, development, polish, and post-release updates. I helped develop engine systems, gameplay systems, user interface, simplified 3d models for mobile, and level design tools. Each week we had a brainstorming session to come up with wacky ideas in order to embody the spirit of the series. Some of the specific features I implemented include: aircraft destruction, confetti, and reward; the hazard camera to zoom in on moments of action such as jumping off of a ramp or skidding through a food cart in an ally; widgets for upgrading your taxis and drivers; attributes that contributed bonuses for aligning cars and drivers; player preferences; music; and landmark building model decimation and shaders. I was also a general reference for the Unity engine because I had more experience using it than other software engineers at Demiurge. 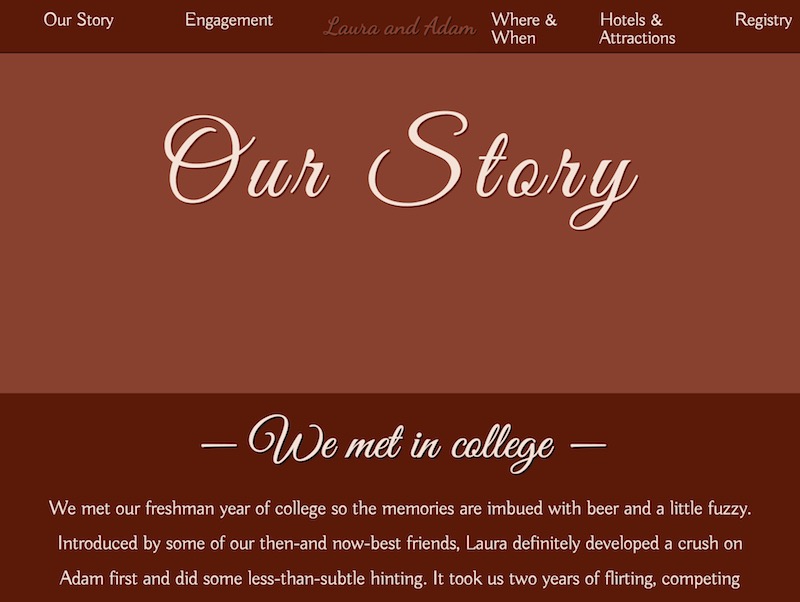 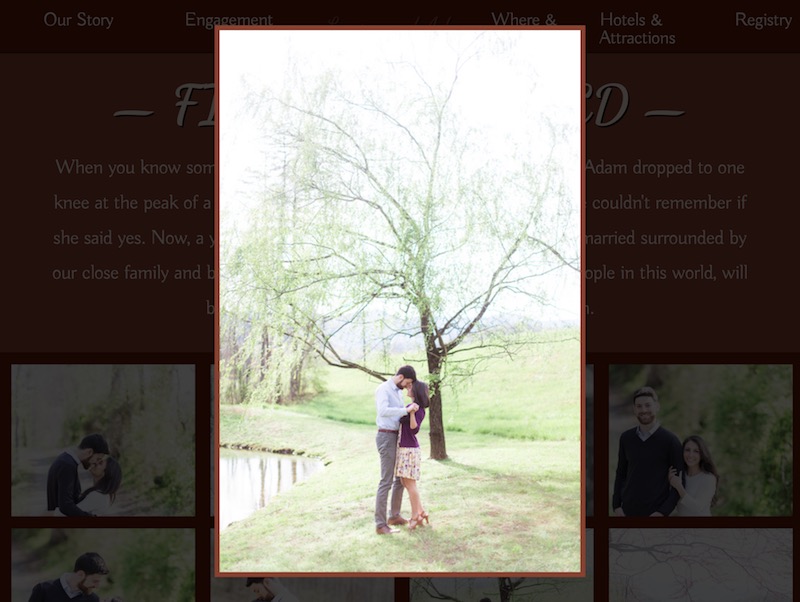 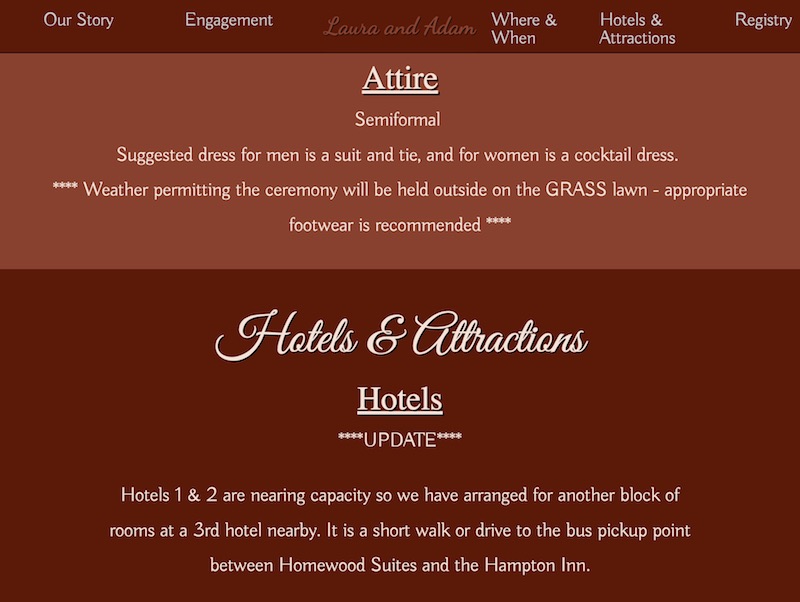 My cousin asked me to make the announcement and information page for his wedding. It was nice to play a role in their celebration, and to emphasize both presentation and the clarity of information. 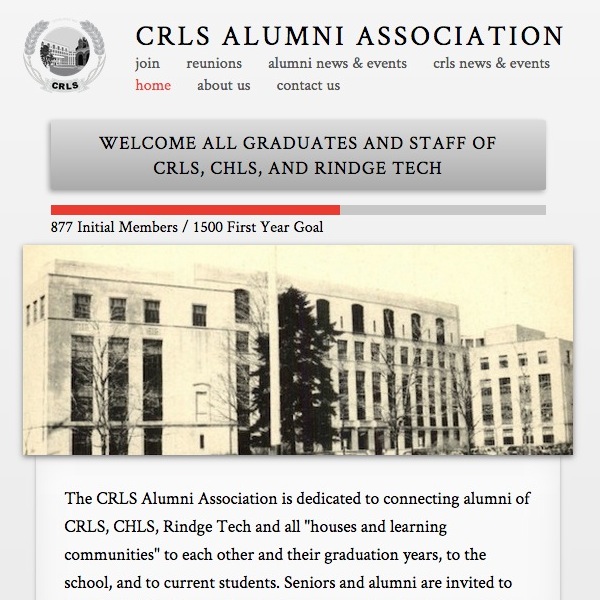 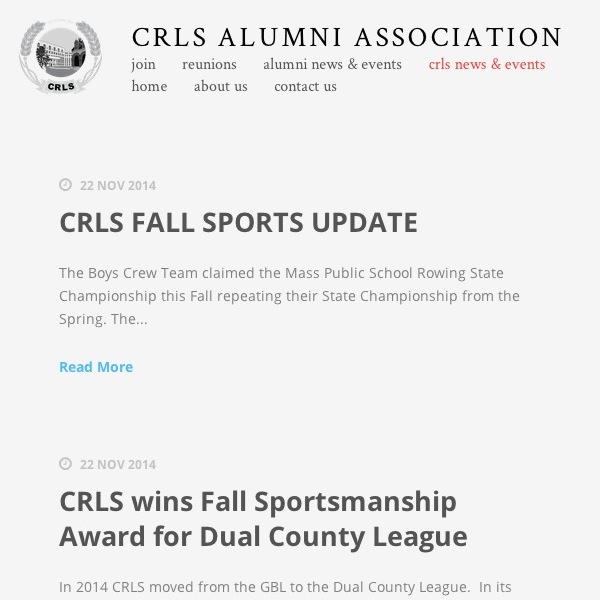 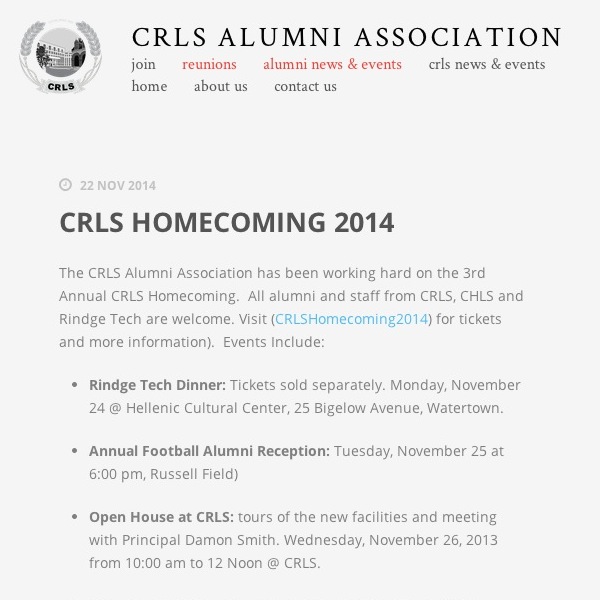 Graduates from the public highschool in my hometown of Cambridge, MA are re-establishing an alumni association. I, along with David Chippendale, put together an initial website to enable them to collect signatures, publish a blog, and publish community news and alumni events. 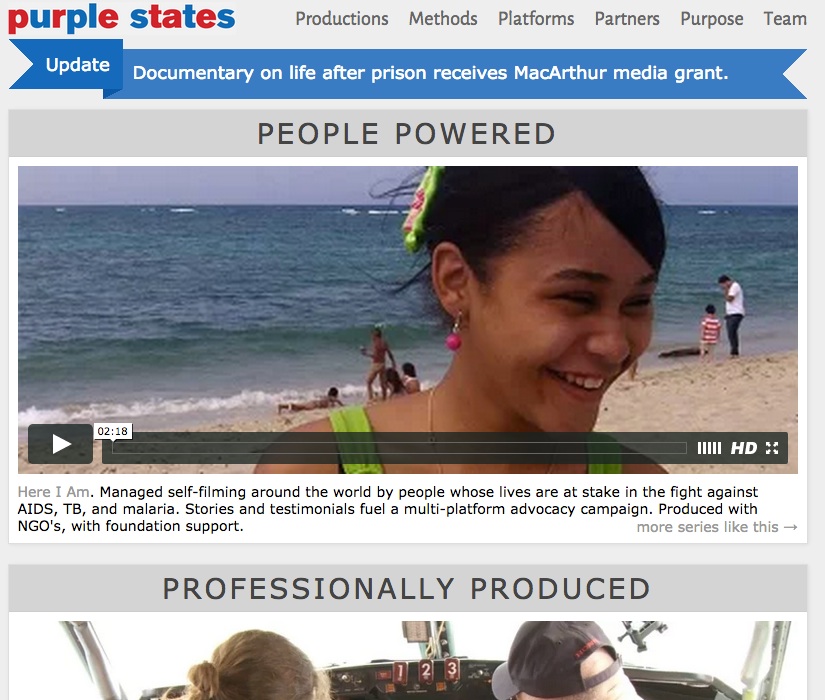 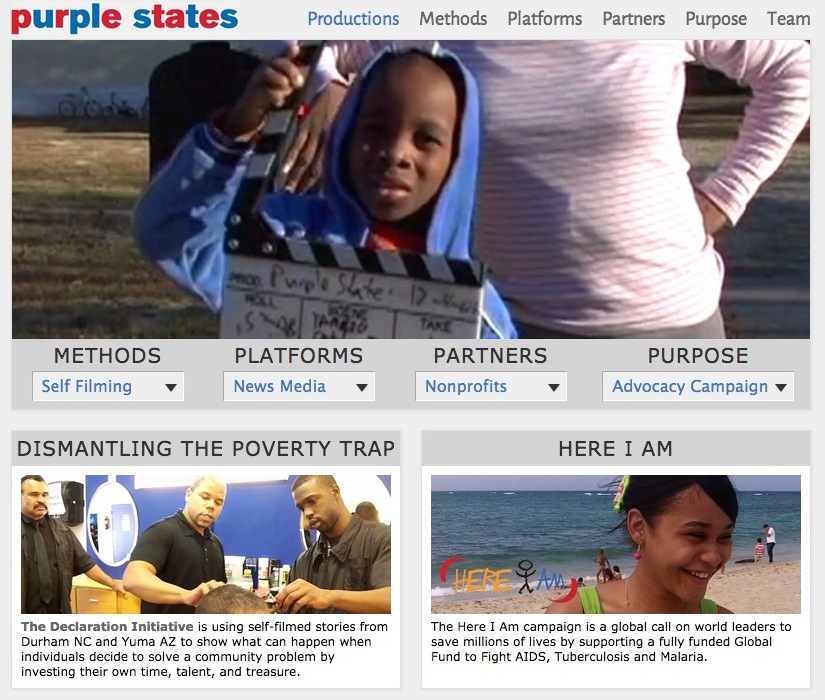 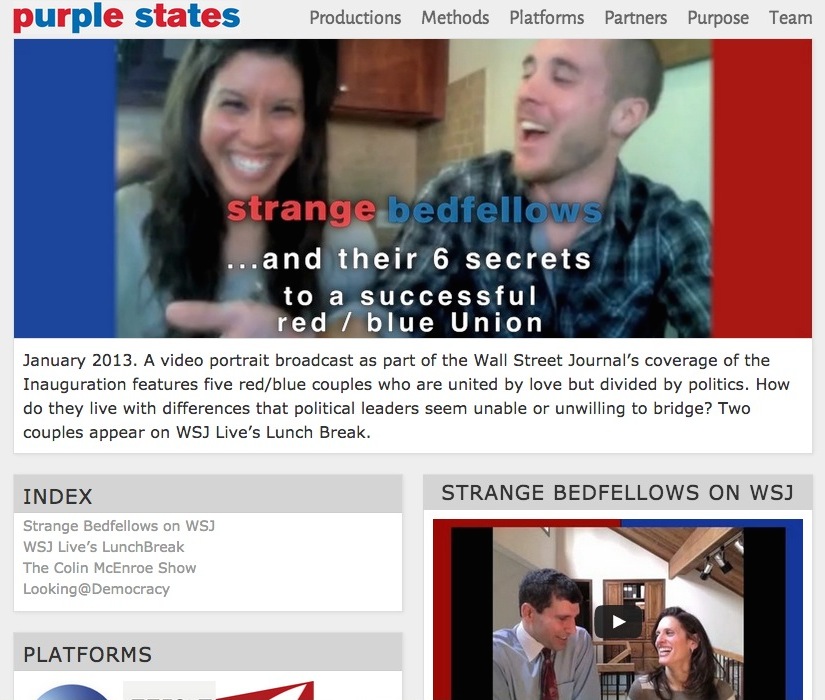 Purple States is a video production company that empowers ordinary citizens to tell their stories, and communicates the significance and impact of those stories. I built and updated their portfolio and archive site from 2011 through 2018, and still contribute as a web administrator. The most recent version of the site was built by Chip Studio.